The world’s most powerful particle collider, the Large Hadron Collider (LHC), will begin smashing protons into each other at unprecedented levels of energy beginning July 5.
Scientists will record and analyse the data, which are expected to throw up evidence of “new physics” — or physics beyond the Standard Model of Particle Physics, which explains how the basic building blocks of matter interact, governed by four fundamental forces.
The Large Hadron Collider is a giant, complex machine built to study particles that are the smallest known building blocks of all things.
Structurally, it is a 27-km-long track-loop buried 100 metres underground on the Swiss-French border. In its operational state, it fires two beams of protons almost at the speed of light in opposite directions inside a ring of superconducting electromagnets.
The magnetic field created by the superconducting electromagnets keeps the protons in a tight beam and guides them along the way as they travel through beam pipes and finally collide.
“Just prior to collision, another type of magnet is used to ‘squeeze’ the particles closer together to increase the chances of collisions. The particles are so tiny that the task of making them collide is akin to firing two needles 10 km apart with such precision that they meet halfway,” according to the European Organisation for Nuclear Research (originally Conseil Européen pour la Recherche Nucléaire, or CERN, in French), which runs the particle accelerator complex that houses the LHC.
Since the LHC’s powerful electromagnets carry almost as much current as a bolt of lightning, they must be kept chilled. The LHC uses a distribution system of liquid helium to keep its critical components ultracold at minus 271.3 degrees Celsius, which is colder than interstellar space. Given these requirements, it is not easy to warm up or cool down the gigantic machine.
Latest upgrade
Three years after it shut down for maintenance and upgrades, the collider was switched back on this April. This is the LHC’s third run, and from Tuesday, it will operate round-the-clock for four years at unprecedented energy levels of 13 tera electron volts. (A TeV is 100 billion, or 10-to-the-power-of-12, electon volts. An electron volt is the energy given to an electron by accelerating it through 1 volt of electric potential difference.)
“We aim to be delivering 1.6 billion proton-proton collisions per second” for the ATLAS and CMS experiments, CERN’s head of accelerators and technology Mike Lamont said, according to an AFP report. This time, the proton beams will be narrowed to less than 10 microns — a human hair is around 70 microns thick — to increase the collision rate, he said.
(ATLAS is the largest general purpose particle detector experiment at the LHC; the Compact Muon Solenoid (CMS) experiment is one of the largest international scientific collaborations in history, with the same goals as ATLAS, but which uses a different magnet-system design.)
Newsletter | Click to get the day’s best explainers in your inbox
Previous runs & ‘God Particle’ discovery
Ten years ago, on July 4, 2012, scientists at CERN had announced to the world the discovery of the Higgs boson or the ‘God Particle’ during the LHC’s first run. The discovery concluded the decades-long quest for the ‘force-carrying’ subatomic particle, and proved the existence of the Higgs mechanism, a theory put forth in the mid-sixties.
This led to Peter Higgs and his collaborator François Englert being awarded the Nobel Prize for physics in 2013. The Higgs boson and its related energy field are believed to have played a vital role in the creation of the universe.
The LHC’s second run (Run 2) began in 2015 and lasted till 2018. The second season of data taking produced five times more data than Run 1.
The third run will see 20 times more collisions as compared to Run 1.
‘New Physics’
After the discovery of the Higgs boson, scientists have started using the data collected as a tool to look beyond the Standard Model, which is currently the best theory of the most elementary building blocks of the universe and their interactions.
Scientists at CERN say they don’t know what Run 3 will reveal; the hope is to use the collisions to further the understanding of so-called “dark matter”.
This hard-to-detect, hoped-for particle is believed to make up most of the universe, but is completely invisible as it does not absorb, reflect, or emit light.
Luca Malgeri, a scientist with the CERN, told Reuters: “CERN scientists hope that it might be spotted, even fleetingly, in the debris of the billions of collisions, just as the Higgs boson was.”
Rape case against ex-MLA: close aide held; second arrest in 3 days 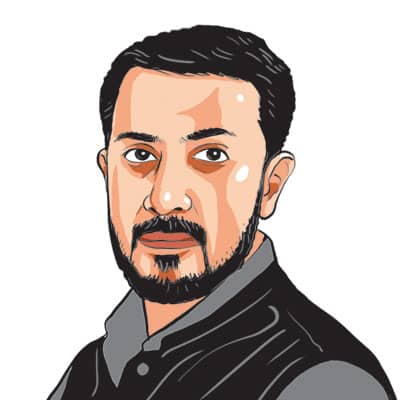