SEARCH
LANGUAGE
FOLLOW US ON
FEEDBACK
Black Panther: Wakanda Forever also pays a tribute to the late Chadwick Boseman, who originally essayed the role of the Marvel superhero.

Coming from the house of Marvel, Black Panther: Wakanda Forever has been one of the anticipated American superhero films. The film has opened to rave reviews and the emotional tribute to Chadwick Boseman, who passed away in 2020, has left fans emotional. Talking about the success of the film and expressing his gratitude towards the audience, director Ryan Coogler penned an emotional note and shared it on social media. 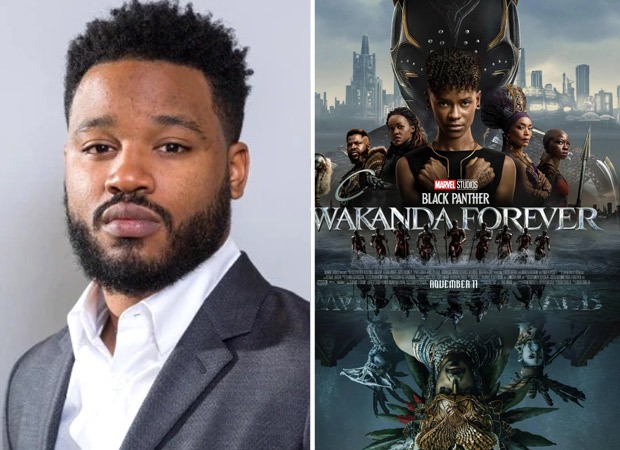 Taking to Instagram, the official handle of Marvel posted the letter from Ryan Coogler that read, “Gratitude. That is the only word that comes to mind for your support of our work on the film Black Panther: Wakanda Forever. I am filled with it. Thank you. Thank you to the people who bought their tickets early and camped out opening weekend. Thank you to those of you took their families out- young ones and elders in tow. To those who organized youth screenings and afterparties, who bought out theaters for communities and friends. To all of you who watched multiple times, and encouraged other folks to check it out.”
He went on to add, “Our film is over two and a half hours long, so thank you for holding those bathroom breaks. Our film has 6 languages spoken in it. Thank you for bearing with the subtitles. And our film deals with the inescapable human emotion of grief. Thank you for opening yourself up to the emotional journey of this film. We made something to honor our friend, who was a giant in our industry, and we also made something to be enjoyed in a theatrical setting with friends, family, and strangers. Something to be quoted and discussed. To be debated. Something to make people both physically and emotionally feel seen.”